Germany, South Korea Are Most at Threat From Made in China Products --2025

‘Made in China 2025’ is a blueprint for raising the competitiveness of China’s industry, based on the indication that the world is experiencing a fourth industrial revolution, as the confluence of robots, artificial intelligence, big data, and cloud computing remake manufacturing. 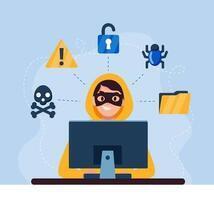 While the Trump administration’s preliminary China tariff list was targeted on products that feature in the China 2025 plan, the direct challenge posed to U.S. companies looks limited, according to the analysis by Bloomberg Economics. Germany, South Korea and Taiwan are significantly more vulnerable to China’s industrial ambitions. MSCI officially calls them one, even though Chinese companies make up more a third of their emerging market index and have three times the representation as second place South Korea. When you consider China’s A-shares listings that will be included over the next few years, China will totally dominate that index. Everyone else will be lucky to be at 5% of the weighting. The emerging market countries are overpowered by China’s importance in the way the developed ones are overpowered by the U.S.